What is Philosophy? | Virtual Book Release 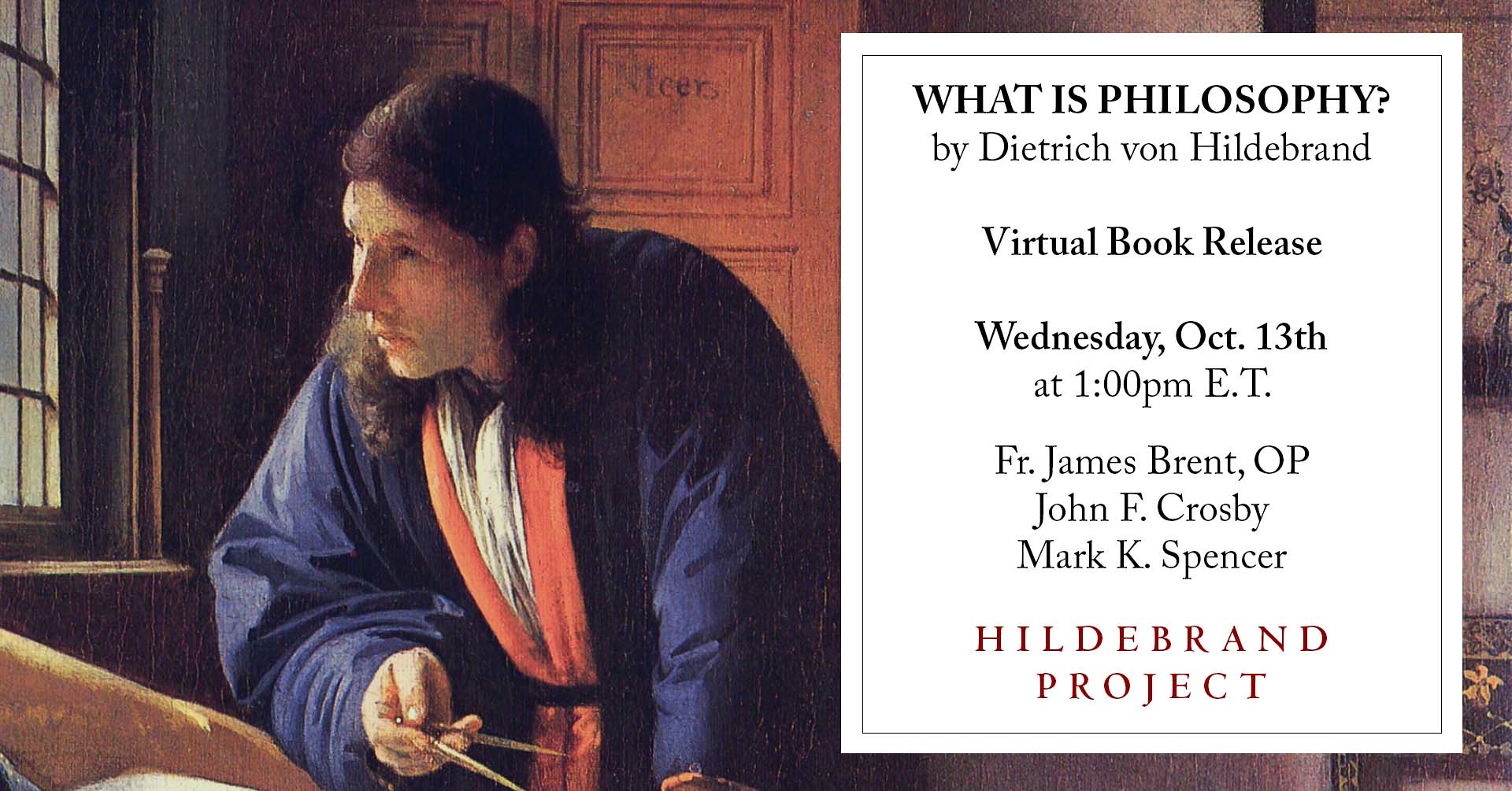 One of Hildebrand's most important and beloved books is now available in a beautiful new edition from the Hildebrand Press. What Is Philosophy? is Hildebrand's foundational work of epistemology, and is perhaps the most significant and nuanced work we have that defends the position of realist phenomenology. Our new edition incorporates, for the first time in English, the revisions and additions Hildebrand made when translating the work for the later German edition, making it this first comprehensive, definitive English edition.

Join us for a special book release event to present and discuss major themes in the Hildebrand's What Is Philosophy?

This will be a Zoom conversation followed by discussion. The event is free and open to anyone, so please feel welcome to invite people. Registration is required.

Fr. James Dominic Brent, O.P. was born and raised in Michigan. He pursued his undergraduate and graduate studies in Philosophy, and completed his doctorate in Philosophy at Saint Louis University on the epistemic status of Christian beliefs according to Saint Thomas Aquinas. He also holds an STL from the Pontifical Faculty of the Immaculate Conception at the Dominican House of Studies where he currently serves on the faculty teaching Philosophy. His current research focuses on developing the thesis that Thomas Aquinas is a master of the spiritual life. He commonly gives talks for the Thomistic Institute, and leads retreats across the country. He is also an Associated Scholar of the Hildebrand Project.

John F. Crosby is Professor and Director of the MA Program in Philosophy at Franciscan University. He has published extensively on the philosophy of the human person. He was a student and friend of Dietrich von Hildebrand, and during his ten years teaching at John Paul II's Pontifical Institute for Marriage and Family in Rome was deeply formed through personal and philosophical encounters with the Holy Father. He is a Senior Fellow at the Hildebrand Project, which he co-founded. His latest book is The Personalism of John Henry Newman.

Mark K. Spencer is Associate Professor of Philosophy at the University of St. Thomas and Fellow for the Hildebrand Project. He earned his Ph.D. from the University at Buffalo, and  his M.A. and B.A. from Franciscan University of Steubenville, where he  first encountered the work of Dietrich von Hildebrand. In his research, he focuses on topics like the human person, beauty, and God's relations to us. In over thirty articles, he has brought together many approaches to these topics, including Thomism, Scotism, phenomenology, personalism, and Greek patristics. He lives in St. Paul, Minnesota with his wife, Susanna, and their four children.