A four week reading group through selections of Aesthetics with Javier Carreño.

The meeting will be conducted live in Zoom. Links for the session will be sent out ahead of time.

To allow for rich discussion, the group is limited in size to a maximum of 20 participants. Once the group is full, additional registrations will be placed on a waitlist.

All participants are expected to have a copy of the text and to come prepared to each session having done the weekly reading (15-45 pages per week). The weekly reading schedule is available on the right-hand sidebar.

Reading groups are free to attend.

If you are able, we invite you to make a donation to help defray the costs of organizing (reading groups cost the Hildebrand Project ~$900 for a four-week group). We are committed to making reading groups accessible to all; therefore, participation is not contingent on a donation.

Your gift support this reading group, our publications, web resources, and other events, all of which contribute to bringing the vital, life-giving witness of personalist philosophy into new and uncertain times.

“There is no more important issue in our culture—sacred or secular—than the restoration of beauty. And there is no better place to start this urgent enterprise than Dietrich von Hildebrand’s Aesthetics.”

Written in the early 1970s during the last years of his life, as if harvesting a lifetime of reflection, Aesthetics is Dietrich von Hildebrand’s comprehensive two-volume study and defense of beauty and art.

“Aesthetics [is] best understood as an explosion of insights,” writes Alice von Hildebrand, widow of Dietrich, in a note on the text. “He knew he was running out of time, and so he tried to capture the Niagara Falls of ideas that flowed out of him.”

For those familiar with Hildebrand’s background, it is no surprise that beauty should be a central theme in his thought. His father, Adolf von Hildebrand, was one of the most revered German sculptors of the turn-of-the-century period and Dietrich von Hildebrand grew up in a world filled with many of Europe’s leading artists, musicians, and writers.

Beauty subsequently became a formative theme in all of Hildebrand’s philosophy, even in his outspoken resistance to Nazism. When Hildebrand converted to Christianity at the age of twenty-four, he did not come primarily by way of history and theology, like John Henry Newman, or through a moral awakening, like St. Augustine. He came instead by way of beauty. 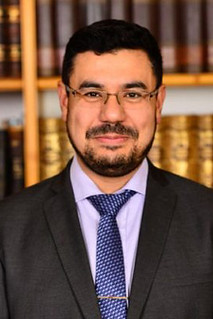 Javier Carreño studied Philosophy and English at Dallas, and Philosophy at Leuven (Belgium), where he earned a doctoral degree in 2010. He has written mainly on the imagination and aesthetics – taking Edmund Husserl’s phenomenology as point d’appui. He also maintains an interest in the philosophy of religion, especially the role of affectivity as a preamble to faith.

Since 2011, Dr. Carreño has taught for Franciscan University of Steubenville’s study abroad program located in lower Austria, where he is an associate professor of philosophy, and also serve as academic chairman. His teaching comprises both “core” courses in the perennial tradition as well as specialized courses, also in English Literature and in Theology.

Born and raised in Colombia, he became a Belgian citizen in 2008. His wife Bea comes from Hungary, and together they raise two children – in 4 languages!.